Quality of Voice in Speech – What Does The Quality Of Your Voice Say About You?

In Charge, and Sounding the Part 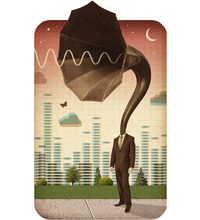 Science has not proved the trope that power changes everything. But it does suggest, at least, that it changes the vocal cords.

That is the finding of research published last year in the journal Psychological Science, adding weight to the idea that a speaker’s power comes not just from words but also acoustics. Crucially, it’s not about being loud; just turning up the volume can actually be a sign of relative weakness.

“The easiest way to exert authority is by speaking more loudly. But that can just come across as yelling, which can turn people off,” said Adam Galinsky, a professor at the Columbia Business School, who wrote the paper along with researchers from San Diego State University. “It’s not the volume, but the ability to control it.”

The paper’s findings come from two experiments. In the first, 161 undergraduate students (both men and women) read from the Rainbow Passage, a classic text used to measure voice articulation. The readings allowed the scholars to establish the baseline acoustics of study subjects using six standard measures around pitch, loudness and resonance.

Then the subjects were divided into groups. Some were instructed to think of themselves as being high-ranking, possessing status in the workplace, and to think about a time when they felt powerful. Others were told they had less status and power and to sink into that experience.

Then the members of each group read a second passage, about negotiation, that began: “I’m glad that we were able to meet today, and I am looking forward to our negotiation” and went on from there.

Using sophisticated software able to pick up what the ear might not, the scholars measured significant changes in the voice patterns of individuals in both groups: Those in the higher-ranked group had a steadier pitch, more controlled, but also were able to vary their volume — as if staying within a handful of notes while playing a piano but being able to play them more or less loudly. Dr. Galinsky likens the vocal control to an expert skier gliding on a difficult slope, turning and moving at different speeds as the terrain demands.

In a second experiment, another group of study subjects listened to the recordings and were able to correctly identify 72 percent of the time which were the more highly ranked speakers. Put another way: You don’t need a computer to intuit who has power.

So can you change your voice even if you don’t have the rank to support the more powerful vocal cords? “It’s a huge debate in the literature,” said Dr. Galinsky, an expert in power and negotiations. “Can you fake it till you make it?” He said he believed the answer was yes. And as evidence, he cited a real-world example. The researchers measured Margaret Thatcher’s voice using audio clips from public appearances before and after she took voice coaching lessons.

“We found the exact same effect,” he said, namely that her voice, through training, became steadier in pitch and more varied in volume. Try your own experiment, he said: Before you go into a negotiation or interview, “think about a time when you had power and really relive it in your mind, and your body reacts as if you really did have power.” You may discover your voice will rise to the occasion. 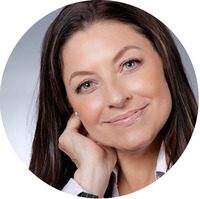